AT&T to make Google Messages its default messaging app
US telecommunications company AT&T will make Messages by Google it’s default messaging app for its android customers. This comes in the wake of AT&T, Verizon and T-Mobile’s decision to discontinue the Cross Carrier Messaging Initiative (CCMI) which was formed in partnership with the GSMA less than two years ago. 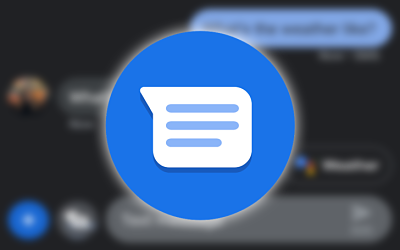 The CCMI intended to utilize the Rich Communication Services (RCS) platform. RCS is a Communication protocol that allows multimedia such as images, videos and sound files to be transmitted via messaging (Think of apple’s iMessage as an example). Although this already exists for android users via third-party apps, RCS would allow operators the ability to add unique values to a platform that’s under their control.

The initiative was a joint effort by the US telecom companies to create an operator-owned, cross-carrier messaging solution, meant as an alternative to OTT messaging services such as WhatsApp. However, because it would have required the incredibly difficult task of getting global telecom operators to cooperate effectively with each other, the idea became increasingly less feasible over time, causing the US based operators to eventually abandon the project. The carriers will also have a hard time persuading smartphone users to use their app over the default ones which are already supported by default.

That’s where Google comes in. Google’s Messages App is also based on the RCS platform. Its features include:

GM of AT&T Mobility, David Christopher said: “Many AT&T customers have enjoyed the advantages of RCS for years when texting with friends and family. We look forward to working closely with Google to extend these benefits to even more of our customers as they enjoy richer conversations with others around the world.”

AT&T follows T-Mobile who was the first US carrier to add Google Messages as it’s default android messaging platform back in March this year. Google Messages is also the default app on the Samsung Galaxy S 21 and many other android phones.

It’s yet to be seen if the other major US carriers follow T-Mobile and AT&T’s lead.

What’s your opinion? Would you like to have Google Messages as the default messaging app of your service provider? Let us know in the comments below!